skip to main | skip to sidebar

Speechless but not powerless 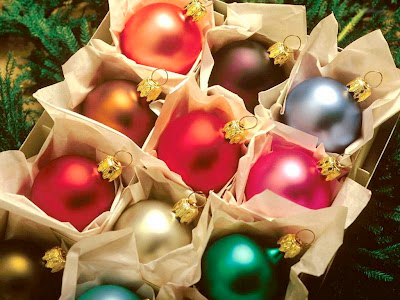 It's been four months since I posted here. For some reason I haven't known what to say. Somewhat at a loss for words. And then the Sandy Hook tragedy occurred a week ago today and I really didn't know what to say. But now I do.

It's really not complicated or difficult.
Lead with love and not with hate.

If you have trouble with the concept of God or the Universe or a Divine Intelligence, just think of it in terms of science. Love, kindness and positive thoughts are simply energy which materialize into real things. If we allow love and kindness to swirl around this planet instead of hate and violence, we will come to live in peace. If not, we will probably eventually destroy ourselves.

That's what I thought. Thank you, World.

Here's a brilliant way to get started with the kindness swirling. Not my brilliant idea, but Ann Curry's, which you simply MUST know about if you don't already. Understanding that so many of us feel powerless over the devastating loss of the precious Sandy Hook victims, Ann took to Twitter and suggested that we all do 20 random acts of kindness to honor each of the children. Someone suggested 26 acts to include the lost adults and the 26 Acts Movement was launched. Here's the article describing it ... and it also gives wonderful examples of acts that others have already done.

Twitter and Facebook are burning up with people who have embraced this beautiful idea, but of course you don't need to use either to participate. Just jump in with Act #1. And your acts of kindness don't have to be big productions. Put money in someone's parking meter, tape a dollar to a vending machine with a note that says it's for the next person to use. Buy gift cards and distribute them randomly or pay for someone's tank of gas. Yesterday I slipped some cash to the post office clerk and asked her to apply it to the charges of the frazzled-looking lady behind me who was wrestling with three packages. It is so fun!

But most important, the recipient is moved and is likely to pay it forward. And forward and forward and forward we go. What better way to honor the Sandy Hook victims than by spreading love and kindness throughout the world? Isn't this what they want? Isn't this how we learn from atrocities?? We are living in a pivotal time, a time that calls for a tremendous shift in the world. Why were each of us selected to be here, living here, on this planet at this time rather than some other time? I believe we're here to be on a collective team which will begin to change a world that has lost it's way. You are the one you've been waiting for. Go.

Sending prayers for peace, health, happiness and a Merry Christmas and Happy Holidays to all!

Merry Christmas to you and yours, Michelle. Thank you for posting this. You have taken a positive position - I need to do that and your advice is most apt. Far better use of my time to read what you've written rather than catching up on the NRA's blather today. You remind me not to be scared - to keep going forward and do so through kindness.

What a great idea. Thank you for sharing it. Merry Christmas to you and your family, Michelle!

Michelle Wells Grant
Also known in some circles as Bugs, I'm a writer, artist, wife & mom, dog lover and hamburger afficionado. In other words, I'm all over the place.

Dogs are people too. These are mine.